Botaniko has been invited to participate in the Blooming Tasmania Spring Garden Show at Woolmers Estate, Longford, on Saturday, 8 October 2022.

The exhibition Gillanders Gondwana, captures the plants of Gondwana collected in South America and Tasmania by Ken Gillanders OAM and his late wife Lesley and grown at their former property Woodbank Gardens, Longley.

This exhibition also honours the late Kerry van den Berg, a former Committee member of Blooming Tasmania, who, along with her husband Harry, generously offered Botaniko members unlimited access to Woodbank Gardens to observe, sketch and paint the Gondwana collection.

Botaniko will also display at Blooming Tasmania the book Gardeners, Plant Collectors, Friends – Hobart Town and Beyond by Ann Cripps, garden lover and historian who has lectured and written for many years on all aspects of Tasmanian garden history. Ann has also curated two of Botaniko’s annual exhibitions – Knopwood’s Kitchen Garden and Frederick Mackie – Quaker Plantsman. The Reverend Knopwood and Frederick Mackie are included in the book.

Throughout 2022, and with the kind permission of Her Excellency the Honourable Barbara Baker AC, Governor of Tasmania and Emeritus Professor Don Chalmers, members of Botaniko have been working on their latest project, recognising the plants of significance growing in the grounds of Government House, Hobart. The artwork showcases some of the earliest plantings, commemorative plantings by distinguished visitors and former Governors, to the more recent plantings such as the Lahaye garden.

Watch this space for details of exhibition dates and locations.

Botaniko’s eighth annual exhibition focusses on the Gondwanan plants collected by Ken Gillanders OAM and his late wife Lesley during their trips to Chile as well as two species from Tasmania’s west coast.

During 2020/21, Botaniko members were privileged to have access to Woodbank Gardens in the foothills of Mt Wellington at Longley. The owners, Harry van den Berg and his late wife Kerry, have nurtured the gardens, once the home of Ken and Lesley and known as Woodbank Nursery, back to its splendid beauty. The gardens contain plants collected by Ken and Lesley from throughout the world.

The exhibition was displayed at the Channel Museum, 1755 Channel Highway, Margate  (Jan 30-Feb 25, 2022) and will be displayed  at  the following venues:

2020-21 Discovering the Flora of Wind Song: Botanical Art and Science

In November 2017, Botaniko accompanied botanists from the Tasmanian Herbarium on their inaugural Expedition of Discovery at Wind Song, a 220 hectare former farming property at Little Swanport on Tasmania’s East Coast. The Herbarium observed and documented well known and novel plants on the property – a total of 190 species of vascular plants and 170 lichens were documented which included the discovery of several lichen species new to science. One, Rinodina teniswoodiorum, was named in honour of the property owners, Tom and Jane Teniswood.

The exhibition was opened by Dr Gintaras Kantvilas, Head of the Tasmanian Herbarium and was  displayed in the Salon Gallery, Tasmanian Museum and Art Gallery from December 2, 2020 until  February  28, 2021. From there the exhibition travelled to the Village Gallery, Triabunna, the Morris Miller Library (UTas, Hobart), the Kettering Community Hall and the Art Salon Gallery, West Wind Community Centre, Woodbridge.

An exhibition of art works by members of Botaniko, inspired by the journal of Frederick Mackie, while sojourning in Tasmania during 1852 – 1854. Entitled Frederick Mackie – Quaker Plantsman, the art works were exhibited at the Narryna Heritage Museum, Battery Point. Tasmania from Sept. 2019 to Feb. 2020, and at Kingston Library, TAS.It will continue to travel to several venues throughout 2021, including the Art Lounge at the West Wind Community Centre.

The Royal Tasmanian Botanical Gardens Bicentenary exhibition  was displayed at the Kettering Chamber Music Concert on June 26, when over 200 people enjoyed both the exhibition and a wonderful concert by the internationally renowned pianist and conductor Howard Shelley who with the Trigon Ensemble performed piano quartets by Mozart and Fauré.

The exhibition was subsequently displayed  at the Art Lounge at the West Winds Community Centre, Woodbridge, the Kingston Library , and at  the Village Gallery, Triabunna, 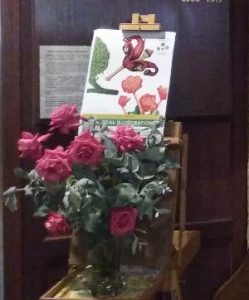 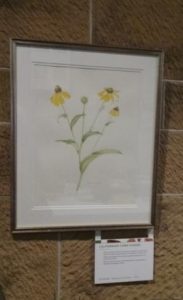 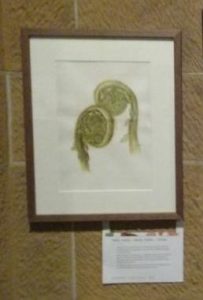 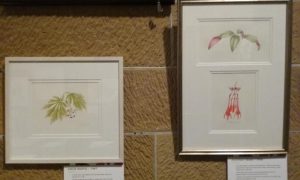 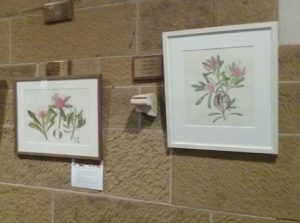 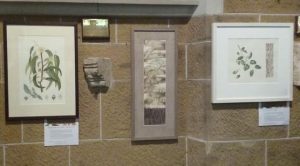 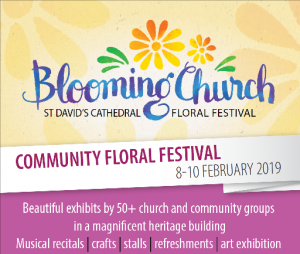 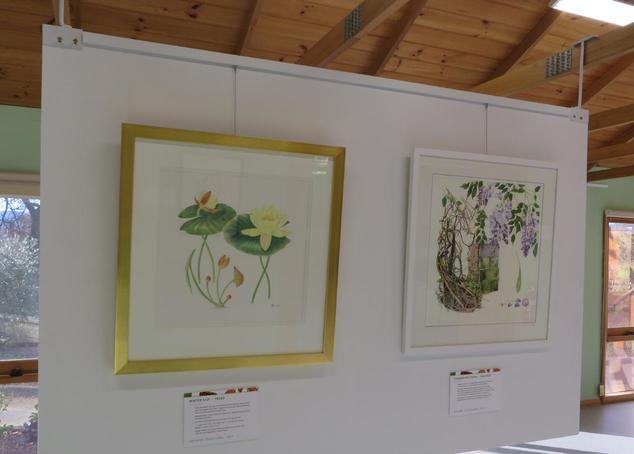 As part of the Royal Tasmanian Botanical Garden’s bicentenary celebrations, members of Botaniko produced 30 pieces of artwork reflecting some of the significant botanical specimens grown in our cherished Botanical Gardens. The exhibition, titled Celebrating 200 years through Botanical Illustration, was on display in the Pod, at the Botanical Gardens. The artworks provided a timeline of plants with interesting stories, over the course of the Garden’s 200 years.

The exhibition was run in August and September 2018 with members of Botaniko in attendance daily.

Works from Knopwood’s Kitchen Garden 1804-1824 and Port Arthur – An Exotic Garden Part 2 formed part of the Clarence City Council’s Arts and Events exhibition Meet the Reverend Knopwood at the Barn at Rosny Farm, Rosny Hill Road, Rosny Park for two weeks in April 2018. The exhibition commemorated the 180th anniversary of the death of the Reverend Knopwood.

Many of the artworks from Knopwood’s Kitchen Garden 1804-1824, exhibited in 2017 at the Narryna Heritage Museum in Battery Point, were also displayed as part of St David’s Cathedral’s 50th Floral Festival, and at the Barn, Rosny Park.The exhibition commemorated the 180th anniversary of the death of the Reverend Knopwood.

Port Arthur – An Exotic Garden: Unlocking the Botanical Journey Part 2.  The exhibition  was on show  at the Village Gallery, Triabunna,  as part of the Blooming Tasmania Flower and Garden Festival, as well as the Kingston Library.

The exhibition of paintings and drawings of plants in the gardens of the Port Arthur Historic site, which had medicinal, culinary and industrial significance during the 1800’s was first displayed in the Asylum, at the Port Arthur Historic Site in early 2017. The exhibition was then invited to various venues in Tasmania, including the Kettering Chamber Music Concert, Kettering Community Hall; The Art Lounge, Woodbridge and to a venue in Launceston.

Port Arthur Historic site:  An Exotic Garden – Port Arthur: Unlocking the botanical journey,  depicting plants transported to the Port Arthur penal settlement, along with convicts, a commandant, officers and soldiers. The exhibition was subsequently displayed at the  Kettering Chamber Music Concert and the Kingston Library (Kingston Linc) in 2015.